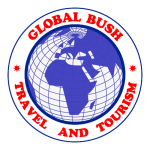 The Gabonese Republic is a developing nation on the western coast of central Africa with a multiparty presidential government. French is the official language; few Gabonese speak English. Facilities for tourism outside the capital city of Libreville are available, but they are often limited and can be expensive.

A passport, visa, and proof of vaccination against yellow fever are required. You will need to get your visa in advance, as airport visas are not available. To obtain a visa for Gabon, you will need the application form, passport, itinerary and reservations, the visa fee, a photo, International Certificate of Vaccination (yellow card) proving that you have been vaccinated against yellow fever at least ten days before entering the country, and a prepaid return envelope. You should bring the supporting documentation that you provided with your visa application to prevent delays upon arrival in Gabon. Short-term visitors to Gabon are normally permitted to stay for up to 90 days.

Gabon covers 103,347 square miles (267,667 square kilometers). It is slightly smaller than the state of Colorado. Gabon is on the west coast of Africa, centered on the equator. It borders Equatorial Guinea and Cameroon to the north, and the Republic of Congo to the east and south. The capital, Libreville, is on the west coast in the north. It is in Fang territory, though it was not chosen for this reason. Libreville (“free town”) was the landing place for a ship of freed slaves in the 1800s, and later became the capital. Over 80 percent of Gabon is tropical rain forest, with a plateau region in the south. There are nine provinces named after the rivers that separate them.

There are roughly 1,200,500 Gabonese. There are equal numbers of men and women. The original inhabitants were the Pygmies, but only a few thousand remain. Of the total population, 60 percent live in the cities while 40 percent inhabit the villages. There is also a large population of Africans from other countries who have come to Gabon to find work.

You should be aware of your surroundings and personal security at all times. Political rallies and social protests have been held from time to time, even gatherings intended to be peaceful can turn confrontational or violent. You should avoid large gatherings, protests, demonstrations, and any other event where crowds congregate.

Petty theft is common in Gabon. Violent crime is more common in urban areas, and there have been armed robberies in homes, restaurants, and at beaches frequented by foreigners. U.S. citizens and Europeans have been victims of crime.

You should avoid poorly lit streets, and unfamiliar areas of the city, especially at night. You should not walk, run, or stay on the beach alone or in groups after dusk. When dining in restaurants or visiting markets, you should carry a minimal amount of cash and avoid wearing flashy or expensive jewelry. If you are the victim of an attempted robbery or carjacking, you are encouraged to comply with the attacker to avoid injury and to report all incidents to the police

While you are travelling in Gabon, you are subject to its laws. Foreign laws and legal systems can be vastly different than our own and criminal penalties can vary from country to country.

The national language is French, which is mandatory in school. It is spoken by the majority of the population under the age of fifty. The use of a common language is extremely helpful in the cities, where Gabonese from all of the different ethnic groups come together to live. Most Gabonese speak at least two languages, as each ethnic group has its own language as well. If you do not speak French, you will face difficulties in communication associated with the language barrier.

You should always carry identification and proof of legal immigration status in Gabon in case you are stopped at a police checkpoint. Examples of identification include a residence permit (carte de sejour), and your Gabonese visa page. City hall offices in Gabon can legalize passport photocopies for a nominal fee.

Taking photographs of the Presidential Palace, airport, and military or other government buildings is strictly forbidden.

Official corruption is common, but paying bribes is strongly discouraged and may make you a target for further attempts at securing bribery payments.

The staples vary little among the groups in Gabon. The groups share a landscape and climate, and thus are able to produce the same kinds of things. Bananas, papayas, pineapples, guavas, mangoes, bushbutter, avocado, and coconuts are the fruits. Eggplants, bitter eggplants, feed corn, sugarcane, peanuts, plantains, and tomatoes are also found. Cassava is the main starch. It is a tuber with little nutritional value, but fills the stomach. Its young leaves are picked and used as a vegetable. Protein comes from the sea and rivers, as well as from bush meat hunted by the men.

Wines are made from palm trees and sugarcane. The palm wine, in conjunction with a hallucinogenic root called eboga, is used during ceremonies for death, healing, and initiation. In small doses, eboga acts as a stimulant, making it useful for all-night ceremonies. In larger quantities, it is hallucinogenic, allowing participants to “see their ancestors.” Food and wine are offered to the ancestors during the ceremonies, and both men and women partake in these rituals, which are full of drumming, singing and dancing.

Gabonese are very communal. Personal space is neither needed nor respected. When people are interested in something, they stare at it. It is not rude to call something what it is, to identify someone by his or her race, or to ask someone for something that is wanted. Foreigners are often offended by this. They may feel personally invaded by having someone stand in their space, insulted at being called white, and put off by people who ask them for their watch and shoes. None of these things are meant in a negative way, however, as they simply reflect the up-front nature of the Gabonese. Conversely, celebrity figures are treated with incredible respect. They are the first to sit, and the first to be fed, and are catered to with detail, regardless of their moral standing in society.

There are several different belief systems in Gabon. The majority of the Gabonese are Christian. There are three times as many Roman Catholics as Protestants. There are many foreign clergy, though the Protestants have Gabonese pastors in the north. These beliefs are simultaneously held with Bwiti, an ancestral worship. There are also several thousand Muslims, most of whom have immigrated from other African countries.

Gabon is largely a cash economy. Credit cards are accepted at only a few major hotels, and, because of the high rate of credit card fraud, you should exercise caution when using them. Traveler’s checks can be cashed or dollars exchanged for Central African Francs (CFA) at hotels and banks. ATMs are available in major urban centers and dispense CFA. You should exercise the same safety precautions as in the United States while withdrawing funds from ATMs as they are commonly targeted by thieves.

Medical facilities in Gabon’s major cities are limited, but may be adequate for routine or basic needs. Medical services in rural areas are either unavailable or of very poor quality. Additionally, some medicines are not available; you should carry your own supply of properly-labeled medications to cover your entire stay.

If you drive a vehicle in Gabon, you are required to have a Gabonese driving license (permis de conduire), vehicle registration (carte grise), and proof of insurance (assurance), proof of vehicle inspection (visite technique), fire extinguisher (extincteur de feu), triangles (triangles), and first aid kit (boite de soins de premiers secours). The police may verify that you have all of the required documentation and equipment if they stop you on the road or at police checkpoints. During your first 30 days in Gabon, you are permitted to drive with an International Driver’s license.

Travel by road in Gabon can be hazardous. You should drive with your car windows up and the doors locked. Travelers are routinely stopped at police checkpoints within cities and on roads to the interior. You should comply politely if stopped, but avoid encouraging requests for bribery if possible.

Roadside assistance and emergency medical services are available in Libreville, but they may not be dependable. These services are nonexistent outside of the city. Service stations are available along main roads, but vehicle repair facilities are not always available. Bus service exists in Libreville, but buses are infrequent and routes are not generally convenient, so most people use taxis to get around the city. Rail service remains available but infrequent, and travelers should expect lengthy delays.

Talking or texting on a cell phone while driving in Gabon is against the law.

Taxis in Gabon are considered safe. Travelers usually share a taxi, but for a higher fee, taxi operators will allow passengers sole use of the taxi.

Gabon’s Independence Day, 17 August, is full of parades and speeches. New Year’s Day is also celebrated throughout the country. 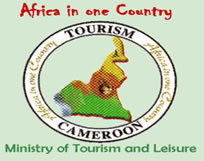 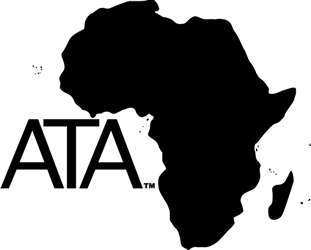