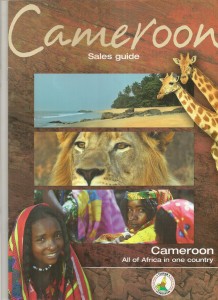 Cameroon as you may know or not know is a rather small but rich country in terms of cultural, climatic, and biodiversity like the size of San Francisco. It’s a country with a unique history and where history is being made every single day. Because of it’s so much uniqueness and cultural, linguistic and historic as well as geographic and climatic diversity some historians and geographers has often refer to it as “Africa in miniature”. In other words it is the entire African continent displayed in a single country and people. Cameroon Made up of ten regions previously provinces, until a recent presidential degree in the bid to encourage and foster decentralization was passed in 2010 transforming all the provinces into regions. The ten regions are:-Center Region-Capital Yaounde-Littoral Region-Capital Douala-North Western Region-Capital Bamenda-Northern Region-Capital Garoua-Eastern Region-Capital Ebolowa-South Western Region-Capital Buea-Far North Region-Capital Ngaoundere-Adamawa Region-Capital Bertoua-Western Region-Capital Bafoussam-Southern Region-Capital The ten regions are further divided into divisions and then sub-divisions and finally districts. Each region is headed by a governor, and each division by a Divisional Officer (D.O) and sub-divisions by Sub-Divisional Officers(S.D.O) all appointed by the president through presidential decrees. Since independence in 1960, the country has had so far just two presidents, President Ahmadou Ahidjo 1960-1982 and President Paul Biya 1982-present. The current president Paul Biya has been in power for 29 years as of the date of publication of this article.First colonized by the Germans in 1814, then handed over to the French and British after the defeat of the Germans in the First World War in 1819 by the League of Nations as a mandated territory, and later as a trusteeship by the United Nations after the Second World War, Cameroon was divided into two territories (Southern Cameroons-made up of the now two North Western and South Western Regions and East Cameroons Made of the other now eight regions of Center, Littoral, Northern, Eastern, Far North, Adamawa, Western, and Southern Regions) by both Britain and France and ruled separately using two very dissimilar methods of administration.